I like to think that we all have those little habits or rituals that just make us tick. I have 5 major ones that just instantly put me in my happy place. I’ll share mine and I would love to hear yours…I’m always in the market to adopt a few more :o)

I have loved coconut since before coconut was cool. I love the smell! Not only does it has a light refreshing scent, it has many health benefits. This is the kind that I bought at Kroger.

You can literally cook with it, use it as a moisturizer or lip balm, and even put in it your hair for a hydrating lift. I seriously love this stuff. Check out this list of health benefits from using coconut oil and you might want to give it a try yourself!

At any given time you can search my history on my computer and go to my Etsy account, Nordstrom’s page, Impressions Boutique, or Amazon and my shopping cart will have excessive amount of goodies sitting in there. I don’t buy it all. I will put anything I “like” in there, then I will wait an hour or a day, go back, review it, and work through the process of dividing and conquering (conquering = buying). This is my absolute favorite way to shop. It’s my thing. It takes all the stress away and believe it or not, it cuts back on buyer’s remorse and returns.

This is an obsession really. I love turquoise jewelry! The color just adds a brightness to any outfit and it just makes me feel happy. Here is a photo of my current favorite pieces!

This is probably the oddest show that someone would DVR but I do. It just makes me happy. I think Anthony is one of my spirit animals. He travels to all these countries and takes in the culture but really he takes in the food. My recent favorite was his visit to Vietnam. Pho Soup anyone?!? Pho soup consists of a hearty, savory broth with rice noodles, herbs and meat (usually chicken or beef). It is just so yummy. If traditional chicken soup doesn’t do it for you when you are sick, try some pho soup from your local Vietnamese restaurant. It will NOT let you down!

Have you tried one yet? I have been thinking about writing a blog just on making a wardrobe capsule from your own closet. Basically you select a handful of items including shirts, cardigans, pants/jeans, scarves, boots/sandals and then you make an entire week or month of interchangeable outfits from those pieces. One of my favorite capsules right now is by a fellow blogger, Kelli Kroneberger. Check it out here.

Here are a few other ideas to get you going.

If you don’t have the pieces you want, don’t forget to add them to your online shopping cart ;o)

My husband and I have moved four times in the last four years of marriage…with another move impending. Some of those moves were planned, others happened within a matter of weeks. Usually when people visit our house the first thing they notice is how we decorate. We get comments on how everything looks like we have lived there for years (in a good way). I believe in growing where you are planted. You shouldn’t keep all your pretties in a box until you get to your forever home. You should enjoy your “nest”. My husband and I have an eclectic style. We like color. We like complimenting items that are a mix of new and old. So I wanted to compile a little list of my tricks to bring a little eclectic style to your life.

1) Usually it starts with a rug.

I have several large area rugs from different places. Most have a bright splash of color. I tend to gravitate towards blues and greens. Here are a few examples of rugs setting the stage for a statement room. 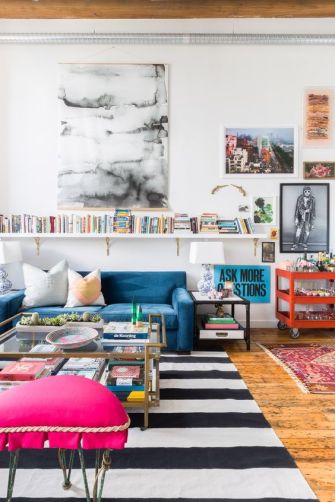 2) Make a wall or shelf collage of similar items.

I can’t claim this idea as my own. I grew up in an old house that was actually two military officers’ quarters put together from Camp Blanding in Florida. Then my dad added on a sunroom and beautiful screened in porch. My dad, grandma, and aunts were artists and thus we had a lot of art to hang. Our living room wall was covered from ceiling to almost floor of a huge art wall collage. Nothing was matching, nothing really had a theme except everything was unique and colorful. My grandmother also has a take on this theme in their farmhouse. She has a large, wood, floor-to-ceiling, shelving unit that houses nothing but glassware. Here’s a few examples to get you inspired… 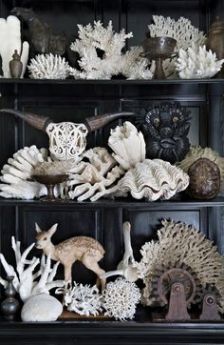 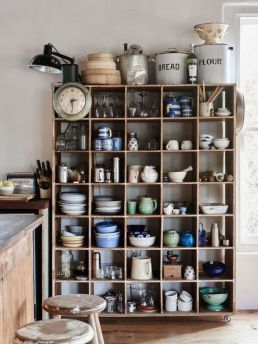 I love stripes and florals together or an interesting textile with a geometric pattern and then add in a watercolor print rug. Mixing textures and patterns instantly gives a space interest and a unique stamp to make your home your own. 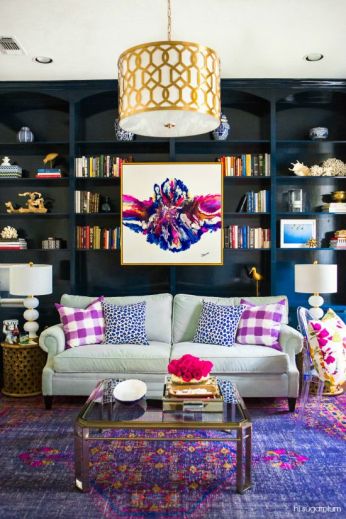 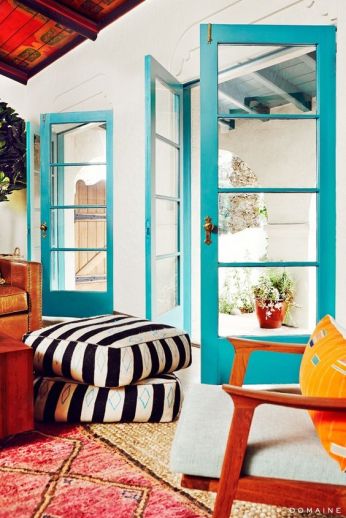 I do this number in both my home décor and in fashion including jewelry. I like to find pieces that have a similar feel but different rich jewel tones. Check out these two lovely antique rings. 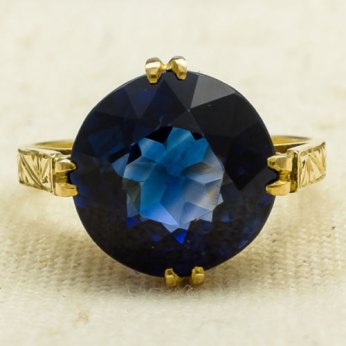 So my grandmother who collects the glassware also has an obsession with the flea market. She finds all kinds of treasures, some of which I get from my birthday and Christmas. Not all my plates match. Some are new, some are antique, some are fine china, and some are Depression glass. I actually like mixing together a little of everything when I set a table.

My fashion spirit animal is Zooey Deschanel. She is the epitome of refined, unique, eclectic style. She takes all my passions of mixing colors, textures, patterns and somehow manages to pull off an effortless, put together, everyday look. Check out my favorite Zooey looks.

Well I hope these little pointers give you a little colorful inspiration for this Friday. Keep on developing your personal style and keep in mind that everything goes together if YOU want it to!

This sixth day of the week or fifth day of the work week that is associated with the number 13 tends to get noticed. We look at our phone and acknowledge that it is Friday the 13th or we go to write the date and we hesitate for some reason. Just half way through my day today and I have already had several people comment on the date.

My grandmother was born on a Friday the 13th and she has always told me that it was lucky. I may be in the minority here but I don’t think about black cats, full moons, weird happenings, or even the cheesy scary movie named after today. I am a believer that good always overcomes evil. If you think about today in a scary dark way, you might get a self-proclaiming prophecy and something weird will happen. If you choose to think of it as a lucky day, you start to look for the good happenings instead.

So back to my premise of lucky 13, I started thinking about good luck charms. Being Irish with a little Native America mixed in, I am familiar with luck in general. I’ll start off with my own personal favorite, the four leaf clover. Now some folks get a little confused by the shamrock and the four leaf clover. They are not one and the same thing. Shamrock comes from a Gaelic work meaning “little clover” and a clover is a name assigned to many plant species that have three leaves. The shamrock is the symbol of the Irish heritage. The three leaf clover is said to stand for faith, hope, and love. When you happen to come upon a four leaf clover which is a mutation and very rare, the fourth leaf is for luck.

Another one of my other favorite lucky charms is the horseshoe. The horseshoe has many reasons for being auspicious. The first is that a metalsmith would craft the horseshoe from iron. Iron is such a strong and durable metal that can withstand severe heat thus making it a metal of strength and endurance. The other tale is that if you find an old horseshoe it is even more lucky that having one made. A common debate is which way to hang it. Up or down? Up symbolizes your luck collecting. Down symbolizes pouring luck onto those passing underneath or into your life or household. So you can take your pick, I like my chances either way! 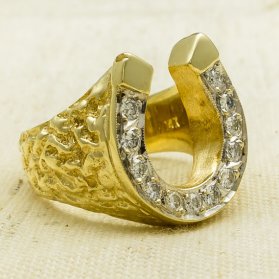 Another popular charm that is worn by many and is said to have blessings are the Patron Saint charms. These are often worn by those with Catholic beliefs. I love the fact that different Saints are said to aid and bless different people whether it be your line of work, a cure for an ailment, or those seeking a certain type of blessing. If you want to see an extensive list, click here.

One last one thing that I will leave you with is the Italian horn. This symbol has become quite popular and you see it as a trendy necklace to be worn by more than just Italians. This iconic piece is also called a cornicello, cornetto, or simply corno. Nowadays is it made of gold or silver. It has been in use in Italy since ancient times and is said to ward off the evil eye and is most typically given to or worn by pregnant women or breast-feeding moms. So if you need a baby shower gift…

I hope these fun mentions of lucky charms will keep you from being leery of Friday the 13th today and in the future. If you know of other good luck charms that I didn’t mention please let me know, I would love to hear from you.

Good luck and have a blessed day!

Garnet is the perfect birthstone for the month of January. Most mid-western and northern states are all painted white and grey this time of year. The snow drifts, the barren trees, the gloomy sky needs a bright, fiery awakening…enter Garnet!

Garnet is by no means a new gem discovery. They date back well into the Bronze Age. There are even evidence of garnets with the Egyptians and Romans. The era that lends well for the garnet was the Victorian period. Garnet can be found in lovely brooch, priceless tiaras, and many ornate jewelry keepsakes. Check out some of these beauties: 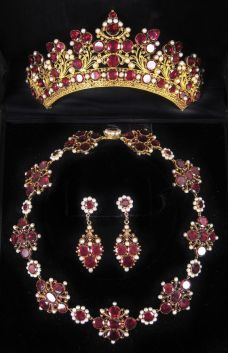 When I think of garnet my mind tends to travel to the rich plum, burgundy shade but garnet actually comes in a few other colors. One of my favorite is known as Tsavorite garnet and it is GREEN! Quite a beauty!

Back to the well-known hue of garnet…

This color of garnet is unmistakable to me. It doesn’t quite have the true red like ruby. It holds a shade all on its own. This vibrant color is stunning in clothing lines along with jewelry. Many celebrities opt for this shade for special, “red” carpet events to make a statement. It complements a wide range of skin tones and is such a gorgeous, rich tone. Check out a few of these beauties: 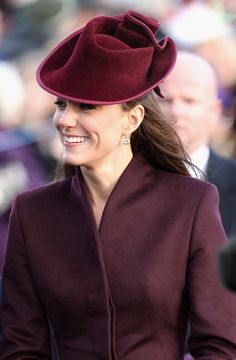 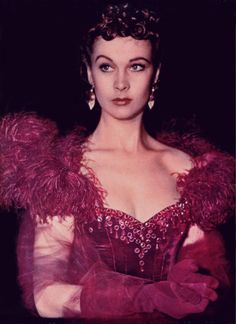 Next for some fun facts about our January stone.

~Garnet occurs in every color except blue

~Garnet is the stone for the Zodiac sign Aquarius

~Garnets are not mined underground like a lot of gems. They are found as small pebbles in streams and watery places

Here is GIA’s write up about garnets if you like a more scientific analysis:

Thank you so much for reading and if you are interested in purchasing a garnet keepsake, our store offers several beautiful options that are unique and lovely. Check out a few of these: 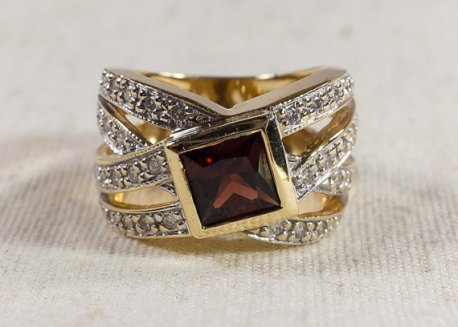 Click Here to See Our Whole Selection of Garnet Pretties!